As businesses seek to move from fossil fuels to sustainable energy sources, the challenge is finding the right alternatives to invest in

Against the backdrop of a global energy crisis that has seen damaging shortages and unprecedented increases in power prices, companies are injecting more resource into renewable energies that are both good for the planet and cost efficient. In 2022, Sustainability Leaders set up a working group that explored these different energy sources, including their advantages and disadvantages and how businesses are structuring their investments.

Several months on, Sustainability Leaders is reconvening the working group to discuss how energy strategies are developing, progress against Scope 2 targets, and energy investment priorities. Participants can expect to share and gain knowledge of:

Businesses can spend billions on energy consumption in one year. While historically viewed as a cost that must be controlled, modern organisations now consider the environmental impact of this energy consumption – and are taking steps to reduce it.

Today, most businesses will have a Scope 2 energy target; that is, how they will address the carbon footprint associated with the energy they purchase. This often requires leaders to shift their thinking away from purchasing the most cost-effective energy option towards investing in emerging renewable energy sources that both meet the business’s needs and reduce its footprint. Importantly, delivering cost efficiency and environmental sustainability are increasingly compatible aims, with many renewable energy options now also having efficiency benefits.

The challenge for many organisations is identifying the right energy sources in which to invest. Members of Sustainability Leaders’ working group – which comprised executives from 10 companies, who took part in sessions between April and June 2022 – highlighted the various alternatives now available, each with their advantages and disadvantages. Selecting those that will reliably deliver a long-term positive impact and fit into the business’s energy mix has never been more essential. Structurally, members also emphasised the need to consider how they deliver this change, with companies centralising decision-making to various degrees to manage responsibility for their energy strategies.

Shifts in the energy market

The increased emphasis on renewables is changing how energy companies operate. Speaking during the working group, German energy provider RWE noted it would not have been associated with renewables a few years ago – but the business is now transitioning to more sustainable energy sources. Last year, it launched its green strategy and will be investing €50bn in primary renewable generation over the next 10 years.

“We are seeing the energy market transition towards renewables,” noted Michael Sonnerborg, RWE Renewables’ head of strategy. With double-digit growth across multiple regions, the global shift to more sustainable energy is prompting the energy company to alter its investment strategies. “As well as being better for the planet, it makes economic sense to transition our business towards renewables,” Sonnerborg said. “We shouldn’t benefit from a crisis but the market is turning green and we as RWE are in a great position to become a bigger player in the renewables area.”

The company is investing in several renewable energies as part of its new strategy. It owns and operates offshore wind turbines throughout Europe and is the world’s second-largest owner of offshore wind farms. It has significant onshore and solar power capability, and is now investing in green hydrogen to help decarbonise the production industries. It has these multiple investments because there are pros and cons to each. “We do not focus on just one technology. It must be multiple [for RWE] to be a major player in the market,” Sonnerborg said.

Owing to the pros and cons of different renewables, working group participants are investing in a variety of different renewable energy sources – including solar, on- and offshore wind, hydrogen, and biogas. When developing an energy strategy, it is important to plan a mix of investments – both to ensure continuity of supply and reduce the risk of investing in energy sources that ultimately become unviable.

Several companies have found that their investments in solar power have proved the most effective. There are several reasons for this. First, the application process is more straightforward for onsite facilities around the world. Second, companies can invest in the market while simultaneously investing in communities, which contributes both to environmental and social targets. And third, the cost per kilowatt hour is less than several other energy sources, helping to generate cost savings.

Although solar is cost effective, it has problems with scale. The first is around intermittency – solar power can only be captured during the daytime, which limits how much energy can be caught and stored within a 24-hour period, unlike sources such as wind. “Our challenge is we’re lucky if solar covers 10% to 15% of our overall usage, because it just doesn’t provide enough power,” said Scott Hudson, senior director, operations sustainability and environmental health and safety at Becton Dickinson, during one of the group’s calls.

Second, an enormous amount of land can be required for large solar farms – at least 10 acres and as much as 200 acres for a utility-scale project – which can disrupt local habitats and become inefficient. “We need to become smarter on how we use the land,” says Volker Türk, RWE Renewables’ head of sustainability. “Ideally, it needs to be a combination of both solar and wind to make the most effective use of the land.”

RWE views wind power as one of the safest energy bets for the future, which is why it has invested significantly in offshore. “With innovation, offshore is a clear frontrunner because of its sheer size and scale,” says Michael Sonnerborg. “A typical offshore wind farm generates 1 gigawatt of power compared to around 1,500 megawatts for an onshore or solar farm, so offshore wind’s power-generation capability is significantly greater.”

There are issues with the predictability of wind turbines, however. Wind farms rely on the wind blowing at certain speeds and periods of inactivity are not uncommon, so investors must expect periods of inefficiency. Wind turbines also pose a significant risk to wildlife, particularly birds. As a result, developers must choose where they place their turbines carefully to reduce the risk of animal collisions.

While a more emerging energy alternative, several companies have invested in green hydrogen. Long touted as a sustainable energy source for the future, green hydrogen combines hydrogen and water oxygen atoms to create energy. It is widely seen as one of the cleanest alternatives to conventional fuel sources.

Green hydrogen is the first form of hydrogen generated with renewable or low carbon power. Other forms of hydrogen – and the vast majority currently in use – require fossil fuels to produce, causing critics to accuse it of being a red herring in the search for sustainable energy.

Michael Sonnerborg believes green hydrogen is changing that reputation and will be a leading renewable energy for the future. “Green hydrogen is a big part of our value proposition at RWE,” he says. “We now have the producing assets, the generation capability, and the ability to supply and trade for those needing the power.”

“The hydrogen industry is still in its early stages. Its value pools are still to be fully realised but, unlike other forms of hydrogen, we believe this time green hydrogen is here to stay.”

Businesses’ Scope 2 energy targets typically undergo several iterations. Canadian telecoms company Telus provides a good example. Having originally vowed to reduce its energy emissions by 25% by 2020 from a 2010 baseline, the company achieved these goals ahead of time in early 2019. It then set several new Scope 2 targets. These included:

Currently, Telus’s total Scope 2 emissions amounts to 193,000 tons of carbon. Of that, 95% comes from its electricity use in the Canadian state of Alberta – largely owing to the intensity of carbon dioxide in its energy grid – making it an obvious target for the company’s reduction plans.

For Telus, the most effective way to address these emissions was to invest in solar and wind energy in the state. Owing to Alberta’s largely deregulated market for developing energy, the company was able to invest in Purchase Power Agreements (PPAs), work with developers and operators to set up wind and solar farms, and purchase all or some of the power from those facilities.

“The company purchasing this assumes some risk, as it is guaranteeing to buy that energy at a preagreed price (the strike price),” said Terry Hickey, the company’s senior sustainability manager, during one of the working group’s sessions. “The energy is put onto the open market in Alberta. Anything that the facility receives above the strike price goes to us as a company; anything below gets topped up by us.” This means that, for example, if the facility sells for $30/megawatt hour (MWh) and the strike price is $40, Telus will owe $10 to the facility. But if the price of the power at the time is $60/MWh, Telus would receive $20 back from the facility.

As well as the purchasing of renewable energy, Telus also monitors the energy consumption of its thousands of sites – particularly its data centres, which are energy-intensive as they need to be kept cool. To support it in doing so, the company works with an energy management company called Puma Utility Monitoring. “They have a utility monitoring service that has a very specific, advanced weather normalisation and baseline analysis, which helps measure and pinpoint whether certain projects had a positive or negative impact.”

One of Puma’s unique selling points is its ability to compare baseline-predicted use with weather-adjusted use. “If you’re just looking at a utility bill for a site, you might see it go up without knowing why. Many facilities are affected by weather and, as part of a Scope 2 strategy, you need to understand what’s going on. We can produce reports that show this with Puma.”

Hickey provides an example where one of the company’s sites had its weather data (heating/cooling degree) correlated with historical data and a predictive model estimate. After replacing the site’s natural gas absorption chillers, this showed the company’s realised savings after the data was normalised for weather (see Figure 1, below). “Interestingly, we thought the electricity would go up after replacing the chillers,” Hickey says. “But it in fact gradually went slightly down, and we saw the site’s natural gas and total energy levels reduce dramatically.”

Deciding on an organisational structure

Organisations must decide on an organisational structure for rolling out their Scope 2 strategies. The decision companies must typically make is the degree to which they focus responsibility for the implementation of the strategy in a central team, or assign responsibility to each site.

Participants in the working group have adopted both methods, but organisations are increasingly opting for decentralisation due to the work required to manage a company’s various Scope 2 emissions. Becton Dickinson, for example, manages its strategy entirely at a site level. Every site is expected to contribute to the company’s 2030 renewable energy goals and, as a result, must justify its energy purchases. This presents two risks to the business: that some sites will prioritise cost targets over sustainable energy, affecting the company’s goals; and that some sites in certain regions will be unable to obtain certified renewable energy.

This is addressed by regular communication and incentivisation between the central sustainability team and these plants; and by increasing the mix of renewable energy in other regional sites to reach the levels required, respectively. “The office of global sustainability sets the targets and does the score keeping,” said Bill Hoenigmann, global category leader at Becton Dickinson. “Depending on the maturity of the site, we will have monthly or quarterly reviews with them to discuss where they are to hitting goals.”

Most companies are moving towards a similar model. The central sustainability team sets the strategy that the company’s various sites must then implement – but it is essential that regular communication and incentivisation for those sites is in place to ensure the strategy remains a priority. 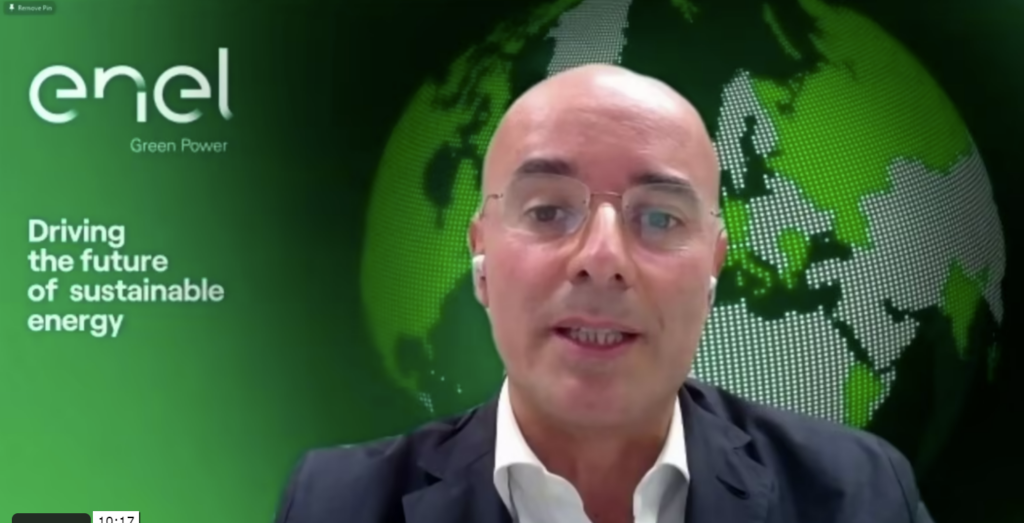 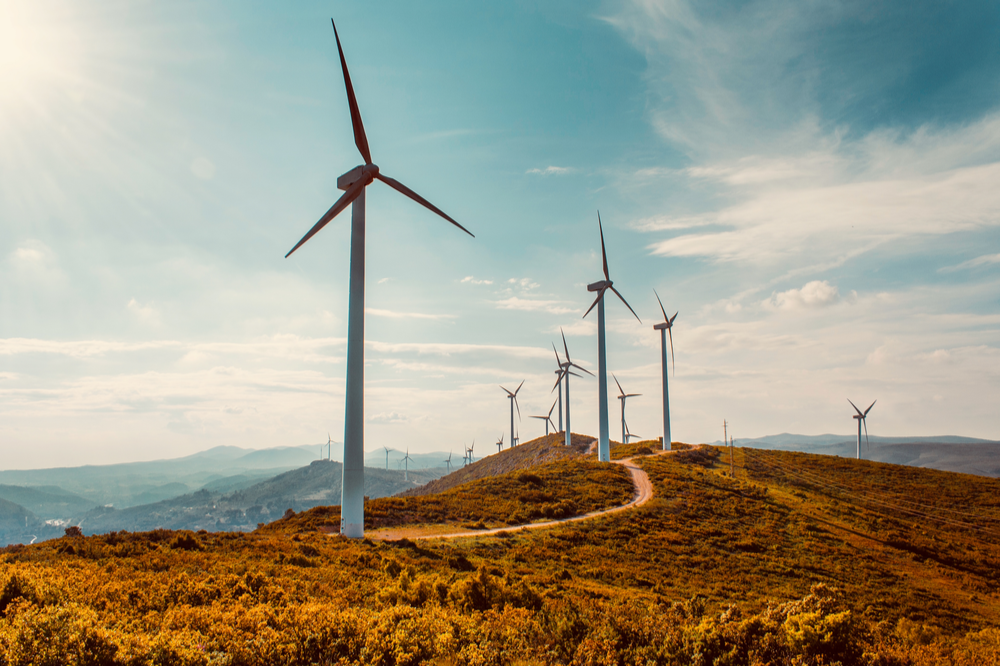 Powered by wind turbines, the engineering company has created a means of producing hydrogen without a CO2 footprint
11 October 2021 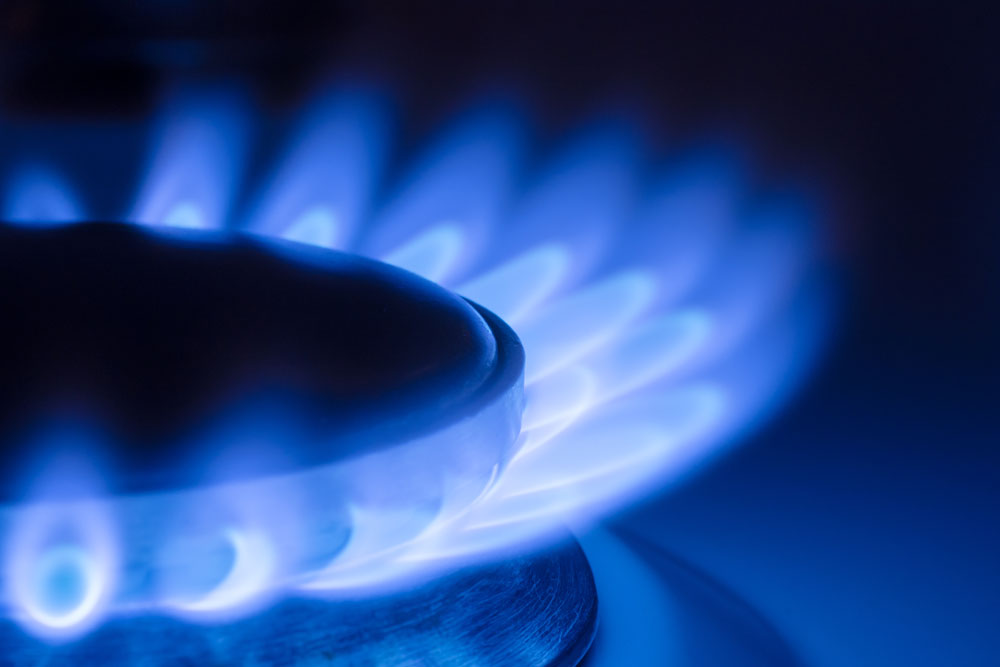